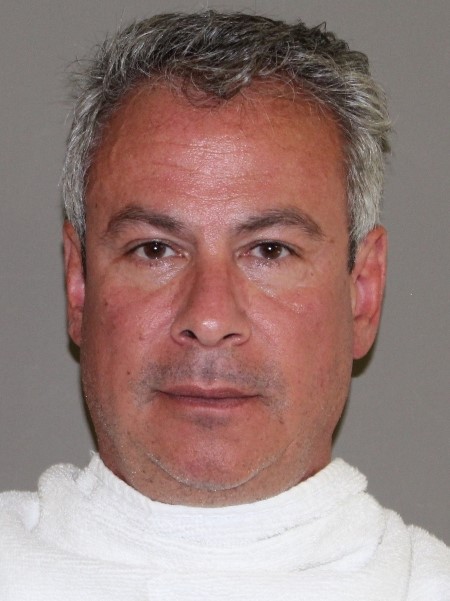 The State Securities Board and the Carrollton Police Department on Nov. 21 raided the Carrollton-based investment business of Robert Joseph Mangiafico Jr. (right), a career criminal currently on parole from a 40-year prison sentence for stealing $655,000 from elderly widows in the Dallas area.

The search warrant was executed at the office of Premier Resources LLC, an entity Mangiafico incorporated after being paroled from state prison in December 2017. In 2013, Mangiafico pleaded guilty in the 380th District Court of Collin County to charges of theft and money laundering in connection with stealing money from at least four elderly women.

Mangiafico convinced the widows to liquidate securities they held in legitimate brokerage accounts and transfer the funds to him. He told them he would buy annuities from legitimate insurance companies. Instead, Mangiafico used the victims’ money to pay his personal expenses and to continue perpetrating the fraud.

Mangiafico served slightly more than four years of the 40-year sentence before his release on parole.

The search warrant was executed the morning of Nov. 21. The night before, Texas Securities Commissioner Travis J. Iles entered an Emergency Cease and Desist Order to stop Premier Resources and Mangiafico from fraudulently offering oil and gas investments.

According to the emergency order, Mangiafico, a Carrollton resident, is the managing member of Premier Resources, which is cold-calling Texas residents to solicit investments in oil wells in McClain County, Okla.

Premier Resources claims to have purchased 61 wells, including 26 producing wells in three different wellfields in southern Oklahoma. Premier Resources and Mangiafico are telling investors that units purchased in the project may produce an annual return of 29% provided the benchmark price of oil is at least $50 per barrel.

Mangiafico is paying sales agents based on the number of units they sell in the project, called Oklahoma Premier Trinity.

Mangiafico has been managing Premier Resources since being paroled. According to the order, Mangiafico even oversaw company operations during a recent, seven-week stay in the Denton County jail.

Mangiafico was arrested in Denton County on Sept. 24 for a traffic violation and held in jail until Nov. 20, when he was transferred to Dallas County.

Even before targeting the Dallas-area widows, Mangiafico’s criminal record included four theft prosecutions, operating a boat while intoxicated, and a charge related to intentionally providing two police officers with a false address and date of birth.

Although its managing member is a career criminal, the Premier Resources sales pitch to investors stresses the company’s integrity and intention to build relationships based on honesty and respect. Mangiafico’s criminal record is not disclosed.

Premier Resources is offering units in the Oklahoma Premier Trinity for $200,000 per unit or $25,000 for one-eighth of a unit.

The annual return on investment could rise to 35% if the price of oil increases to $65 per barrel, according to the order.

Mangiafico is offering the Premier Resources investments under Regulation D, Rule 506, a federal provision that preempts the ability of states to require registration of securities.

The federal law allows issuers to publicly solicit investors, but restricts sales to investors who are accredited – meaning they meet certain income and net worth thresholds.

According to the order, the offering doesn’t qualify for preemption because Mangiafico and Premier Resources are not taking reasonable steps to ensure all investors are accredited, as the federal law requires.

Mangiafico and Premier Resources are also directing investors to misrepresent their status as accredited investors, according to the order.

None of Mangiafico’s sales agents are registered to sell securities in Texas, a violation of the Texas Securities Act.