Robert Mangiafico Jr., a 55-year-old resident of Carrollton, was sentenced by the 296th District Court in Collin County to serve 20 years for evading arrest with a deadly weapon and 63 years for possession with intent to deliver GHB, a controlled substance commonly known as a date rape drug. 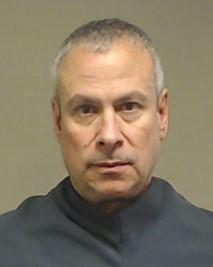 Mangiafico has a long and sordid history with law enforcement including the Texas State Securities Board. In 2013, the Texas State Securities Board served as special prosecutors in the Collin County District Attorney’s Office in multiple cases against Mangiafico. He was ultimately sentenced to 40 years on theft and money laundering charges. Mangiafico was paroled in December 2017, and almost immediately began scheming in the oil and gas industry. By September 2019, he was arrested for circumstances that led to the evading arrest and possession with intent to deliver convictions.

In November 2019, the Texas State Securities Board issued an Emergency Cease and Desist Order against Mangiafico and Premier Resources, LLC., a company he started while on parole and continued to operate from jail. The Emergency Cease and Desist Order found Mangiafico was committing fraud in connection with the offer and sale of securities. Mangiafico was subsequently indicted by a Collin County grand jury for theft, securities fraud, securing execution of a document by deception, and money laundering as the result of a Texas State Securities Board investigation. The indictments allege Mangiafico defrauded over $450,000 from Texas investors by intentionally failing to disclose his prior criminal history and falsely claiming ownership of 61 producing oil and gas wells in Oklahoma.

Punishment evidence was presented at Mangiafico’s trial on Wednesday by special prosecutors from the Texas State Securities Board who focused on Mangiafico’s most recent fraudulent oil and gas investment scheme. Witnesses included investors in the scheme and a former Mangiafico employee. Evidence was also presented of Mangiafico’s past criminal history which included a DWI, unauthorized use of a motor vehicle, and six separate convictions for theft, including theft of an automobile, jewelry, and cash. The evidence showed many of Mangiafico’s past victims were elderly individuals, particularly widows.